The Search For MH370 [Infographic] 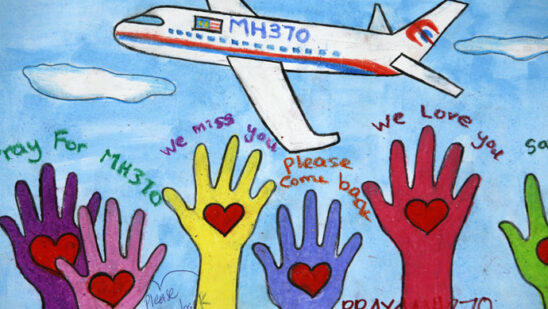 The fate of Malaysia Airlines Flight MH370 is continuing to haunt the people who are searching for it to this day. There is a team of experienced searchers from all over the world that is working every day to find answers on behalf of the victim’s families, the public, and the airline itself. The work of surveyors is likely to be crucial to the locating of the elusive airplane. Below is what has been learned so far since March 2014 when the plane disappeared from sight somewhere between Beijing and Kuala Lumpur.

The Search For MH370 Begins

On March 8, 2014, Flight MH370 takes off from Kuala Lumpur and headed to Beijing. There were two hundred and thirty-nine passengers and crew members on board. Once contact was lost there was no other communication with anyone on the airplane which triggered the authorities to initiate the search and rescue operation.

What The Searchers Are Doing

On March 11, 2014, the officials in China announced they were going to use military satellites. These satellites are able to capture and accept images that are high-resolution. They were using these on the area that was suspected to be where the plane crashed.

The United States military satellites on March 20, 2014, captured a few images in the Indian Ocean that were unidentifiable objects. This was area was located approximately 2,500 kilometers southwest of Perth, Australia. The early analysis of these objects offered suggestions that the objects may belong to flight MH370. No other information or objects are detected at this time.

The US Navy deployed equipment that is known as “sub-hunting equipment” on March 21, 2014. This equipment is used to listen for signals from the black boxes on airplanes. However, no detection was made.

Another report was released on March 24, 2014, that gave details on how the satellites were able to calculate MH370’s southern flight corridor by measuring the length of what is called “pings” between the airplane and the ground station.

The information that the searchers keep getting seems to continue to turn up dead ends. On April 16, 2014, a submarine that was unmanned went more than 4,000 meters into the southern Indian Ocean. Submarines of this type use sonar cartographic mapping. It was looking and scanning for any signs of wreckage that could have been from MH370.

Three months after the flight went missing on June 17, 2014, the Australian Transport Safety Bureau contracts with a surveying team called Forgo as well as a Chinese naval vessel to help survey a large area that is 59, 570 square kilometers of the Southern Indian Ocean. This is to figure out the team’s next search phase. They will map the ocean’s floor for depth, geography, and physical makeup.

Unfortunately, there has not been much learned about the missing flight. We know that the black box recorders could withstand an impact shock of 3,400 times the force of gravity. The depth of the Indian Ocean in the current search area is about 5,000 meters and the flight was in the air for seven hours the contact ceased between the plane and the air traffic controllers. As of today, the search for MH370 continues.