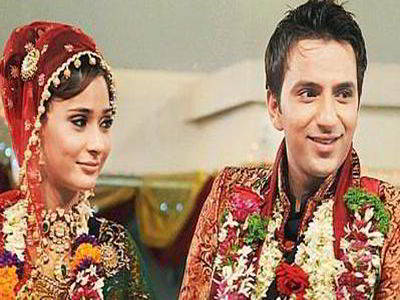 Sara Khan tied the knot with Ali Merchant twice her family claimed. The Bhopal girl, Sara Khan who became popular after her stint on the hit TV series “Sapna Babul Ka – Bidaai”, soon appeared on the popular reality show Big Boss on a television channel. Sara Khan said her name has been used by her family. Sara enlighted that when she was getting married to Ali Merchant in the “Bigg Boss” house, her family misguided the media by claiming that she was already married.

Sara even said that her sister Angel tried to cash in on her name for cheap popularity but Angel refused and said:

“She is now a celebrity, so she thinks so.”

Last month when Sara got married to Ali Merchant, who is also from Bhopal, her family told the media that the two cannot get do so as they are already married.

As proof, the family showed the pictures of Sara and Ali as the bride and groom.

“After two months she has come out of the ‘Bigg Boss’ house, so she does not know the reality,”

“Till now what she is saying is what Ali has told her. I know who is behind all this. But I would not name the person right now. I will tell the name at an appropriate time.”

Now all this is getting out of hand where families are getting low and talking about personal affairs in front of the world.