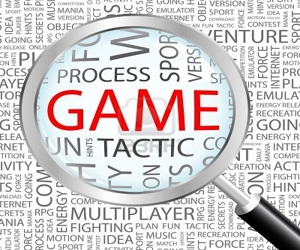 Trailers and audiences have an antagonistic relationship. The goal of a trailer is to show absolute excitement and draw the audience in. The audience has to push through the thrilling spectacle and decide if what they’re seeing really looks interesting or not. To really know if something is interesting, the key is to understand the difference between relevant and exciting content. Here we take a deep look at exciting vs. relevant content:

One of my earliest memories of uncovering the difference between exciting and relevant elements was with a game called True Crime: Streets of LA that I rented for the GameCube in 2003. This was a time when Grand Theft Auto 3 was a massive force in entertainment; its open-world seemed to eclipse all other games.

When Grand Theft Auto 3 was released, people were still enamored with 3D worlds, and they played games like Mario 64 or Zelda: Ocarina of Time. Both games had very tightly packed worlds and players wanted to pass beyond the boundaries of the game and continue exploring.

Intellectually, of course, everyone knew that nothing was passed these boundaries except white unfilled space, but the design of the game made such a convincing case for a full authentic world that you wanted to continue traveling onward despite what your brain told you.

Grand Theft Auto 3 dropped those barriers and allowed the player to indulge in full exploration devoid of boundaries or linearity; all the things that constrained us were gone. The lack of barriers, more than anything else, stuck out as the most significant element in the game.

Appearances Can Be Deceiving

True Crimes: Streets of LA was, judging by all appearances, expected to be a fun open world of freedom. The process of actually playing the game though is driving, and driving, and driving without a purpose. There is no reason to visit any specific area because any location is the same as all the rest.

There is no reason to ever leave your car and go exploring because all the buildings are the same as all the rest. The world is a collection of big blocks and rectangles occupying space but doing nothing.

Suddenly it all fell into place and it became clear why games have borders. As much as I want to explore and pass the boundaries in Mario 64 and Zelda Ocarina of Time, there’s no reason to. The designers who made up the rules to constrain me actually had my best interests in mind.

A big empty world of space to walk in just for the sake of walking around is not fun, but interacting with elements in a world is interesting. I felt a little bit like a child who insatiably wanted to touch a hot oven pan, and when I finally did, I found out it’s hot, and it hurts.

Furthermore, the most salient element – the open worldness of Grand Theft Auto 3 – was only a part of what made it good. Deeper than that is how the content in the world was filled, and how it was made relevant to the player.

Superficially, the open world is the most important thing, and so when a trailer comes out and you see another huge open world, your mind tells you it’s a good thing and you get tricked into playing a game that is nothing more than a pretense built up around associations game companies know people will latch onto.

Normally we have gameplay previews to pick up a lot of information. But let’s look at some short trailers for True Crime: Streets of L.A. and Grand Theft Auto 3.

In the driving portions of True Crime: Streets of LA the world is flat and the buildings are straight lines of boxes with a total even unbroken pattern.

The landscape doesn’t really change in elevation, and the video purposely shifts your focus from the driving to the storyline and the action.

In the Grand Theft Auto 3 video, you can clearly see the variation in the buildings with interesting combinations of shapes. The landscape elevation changes, and there’s a good intersection of alleyways, overhanging streets, tunnels, hills, and contrasting open, dense areas. These are elements you experience which make the game fun, but you don’t pick up on them consciously unless you look for them.

And that’s why you may conflate these two open world games as being the same until you play them both and experience that they aren’t simply the same by virtue of being called an open world game. There are layers of differences that separate these games, and if you’re looking you can pick up on them in the trailer.

It might be unfair to write off a game completely based on a short TV spot, but if red flags go up in your mind, and something looks shoddy for reasons you can’t quite place, you should pay attention to the facts and consider you might be detecting shallow, relevant content hidden under the spectacle of the trailer.