Ice Carving Wonders Around The World 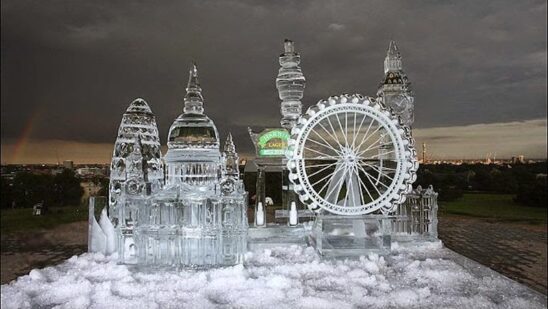 There is something very appealing and attractive about well-designed ice carving. This type of art form can be used for almost any type of occasion but has only a few select people that can call themselves professionals at it. From wedding receptions to full-blown theme festivals, ice can create a theme that will both awe and amaze the guests who view this art. Here are some really cool ice carving wonders from around the world:

The IceHotel in Sweden 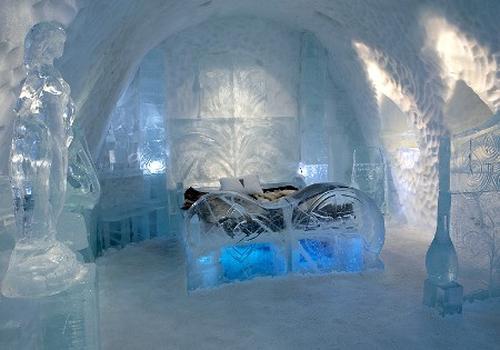 Two hundred kilometers above the arctic circle lies a small village in Sweden called Lapland. Lapland is home to the IceHotel.  The IceHotel is a functioning ice carving of a very lavish hotel. It also consists of an IceChurch and IceBar. From its first guests in 1992, this hotel has grown in size from one room to 47 rooms by 2012.

The hotel is made completely from ice and each week a new set of rooms open throughout the winter season. The hotel is closed in the spring and then the following winter rebuilt again, the themes and designs depend upon the year it is being built.

This tremendous ice carving is host to thousands of guests each year that travel to the north to experience an overnight in this unique hotel. One admission includes a night in a themed room, warm clothing, gloves, shoes, a breakfast buffet, and a morning sauna.

The inside temperature of this hotel is never colder than -8 degrees Celsius, no matter how much the temperature changes outside the structure. 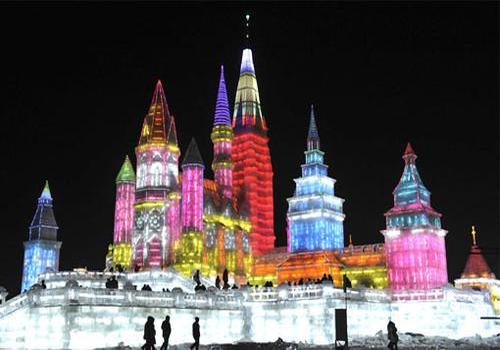 The Harbin International Snow and Ice Sculpture Festival is an annual event that is held in Harbin, China.  This event features life-sized ice carving displays that are fully interactive for guests to explore. Buildings are created out of blocks of ice that can be up to three feet thick.

For the month of January each year, guests from around the world come to explore an entire city made from ice.  This festival was started in 1963 and aside from a few missed years during the Cultural Revolution, this festival is an anticipated event that has run year after year.

Colored ice and lights are used to decorate this realistic city. The Harbin International Snow and Ice Sculpture festival are one of the four largest festivals in the world. Harbin has been the home of some of the world’s largest ice sculptures. One of these called Romantic Feelings featured a large display including an ice maiden.

This giant ice carving was 115 feet high and 656 feet long and set the record as the world’s largest ice carving for that year. 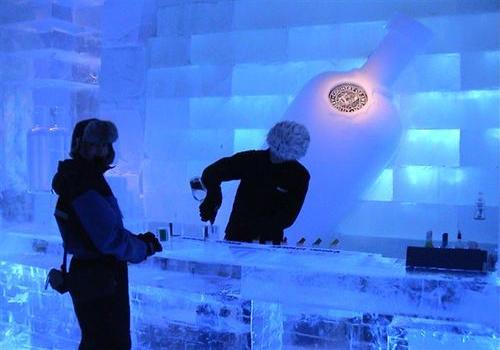 Ice Bars have grown tremendously popular over the past few years. Ice Bars are entire drinking venues made entirely from ice. From the decorations to the tables and chairs to the drinking glasses, everything is a large fully functioning ice carving. The first permanent Ice Bar opened in Sweden and now there are over 28 ice bars in existence today.

Guests are given warm clothing to wear upon entry and are advised to stay no longer than 40 minutes in order to have the best experience possible. Breathtaking ice carving designs of the bars and lounges make it hard to believe that the entire venue is made entirely from ice.

An ice carving does not need to be large enough to be impressive. Many events such as weddings use ice decorations as centerpieces and table toppers. From waterfalls to flowers, every sort of design can be seen at various functions.

Some ice carvings even feature flowers or foods frozen inside the carving to enhance the design. When it comes to creating ice carving, the design is only limited by the creator’s imagination.

Ice carving is an art form that will forever enchant and amaze crowds of all ages. The talent required to form an intricate design out of a frozen chunk of water is beyond comprehension. The vision required to plan full-functioning buildings that can withstand thousands of people is a talent that deserves more recognition. Many of us have lost our childhood fascination with ice and the joy it can bring.