Home » Gaming » How To Tell If Xbox Can Be Fixed?

How To Tell If Xbox Can Be Fixed? 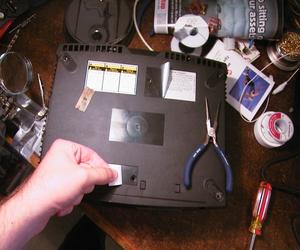 If your Xbox goes up in a puff of smoke you may be in for bad times. Many times, however, it just simply will not start, show anything on the screen, or have unresponsive controls. Electronics are prone to failure for a variety of reasons some serious and some not so. If the motherboard gets fried, or the hard disk crashes that is a catastrophe. The same goes for the whole machine breaking into pieces. In many cases, the damage can be fixed with varying degrees in cost. Whatever the case, you will need to do an assessment and know if your Xbox can be repaired or if it is a lost cause. Here we share the details on how to tell if Xbox can be fixed:

There are some common mishaps that occur that can lead to the malfunctioning of the Xbox. Chief among them is powering the machine in the wrong manner. Sometimes the power cords may be plugged in the wrong way or may have come undone. The problem that will arise in this case is that the machine will show no signs of life. There is not even a blink on the power signal.

Connecting cables to the wrong ports is also common. The audiovisual cables may get mixed up when hooking them into the speakers and the screen. In this case, the picture may be on but with no sound, or vice versa. These common problems are easy to pick out if you do not panic and worsen the problem.

Not So Common Xbox Hitches

If water gets into your Xbox, that is a major concern. The immediate concern is that if the machine is on the internal circuitry is likely to be short. When this happens, the Xbox will go up in smoke and this is a very bad sign. The replacement for a new motherboard is likely to set you back a few hundred pounds.

The same goes for a hard disk and memory chip failure. These parts can be replaced albeit at a heavy cost when it happens. The good news is that if your warranty is still valid, the maintenance will be free or you would have to cover only labor costs.

Sometimes your Xbox is just gone for good for example in the case of a fire. This means the Xbox has no chance of being repaired or repaired it could be as good as buying a new one. If you drop your Xbox and it shatters into a hundred pieces you will not be using it anytime soon. You could use the parts for repairs on another maybe.

In any case, have someone who knows about the Xbox look into it. You may be underestimating or overestimating the extent of the damage.