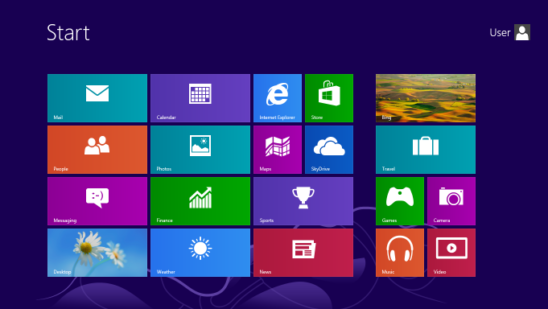 Windows 8 is the current eye candy of the technology savvies. But on top of its amazing features, there lies one minor downside of using it: launching the metro apps entails switching back to the Start Screen, locating the app using the search box, and launching it. While this is no major problem, it often becomes the peeve of the users. Let’s take look at how to create keyboard shortcuts of Metro Apps on the Windows 8 desktop:

As most tech junkies know, the newly-launched Windows 8 does not accommodate the pinning of metro apps on the taskbar. It also does not allow the creation of default app shortcuts. In contrast to its predecessors, Windows 8 requires the help of a third-party freeware coined as MetroApp to have the shortcut icons of the apps displayed on the desktop.

It is imperative to note that Windows 8 is created to be compatible with tablets and smartphones. As such, most of the software may not able to run the Metro interface. Though Microsoft touted Metro-enabled apps, these are tailored to be opened and run on tablets. This is why desktop users need to click on the Start button using the Metro interface to access them. It is virtually not possible to open the apps using keyboard shortcuts (tablets don’t have keyboards).

The presence of MetroApp, however, made it possible for the users to make a desktop shortcut for Windows 8 Metro apps. It is nifty software that can create both icon and keyboard shortcuts through the MetroApp link.

Many users are downloading this tool to organize the apps installed on their systems to make maximize usage. MetroApp also allows them to bridge the long steps of locating the app from the Start screen, by assigning their own keyboard shortcuts. As such, this tool becomes a crowd favorite for giving users faster access to the metro apps. Plus, it allows them to customize the hotkeys.

All that users have to do is download MetroApp and run it. It provides a list of all the metro apps present in a computer, which are installed by Microsoft in a default setting. Click the corresponding shortcut button of the icons, and it appears on the Desktop immediately.

After the shortcut icon appears on the desktop, right-click on the app and select properties. Click the Shortcut tab and assign a keyboard shortcut.

Limitations of the Metro App

The speed and ease of use make it a viable must-have for the desktop-using fans of Windows 8. Nonetheless, some gripe about its dimensions. Some of the apps may not be displayed because of the limited height and width of the MetroApp link.

Some users are clamoring for enhancements of the function to make it useful in creating a shortcut of apps bought from the store. By now, at least it provides a faster way to open and run the metro apps without necessarily clicking on the Start Screen.