Home » Technology » How to Convert Blu-Ray Videos to a Format that is Compatible with iPad?

How To Convert Blu-Ray Videos To A Format That Is Compatible With IPad? 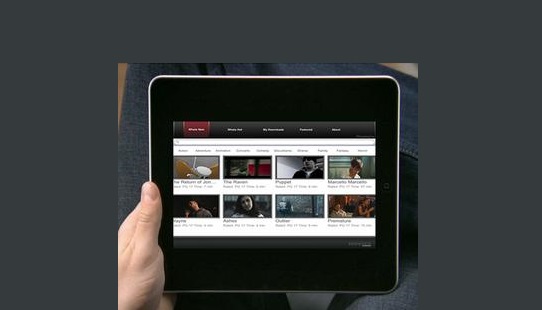 Thank goodness for DVDs and CDs! Remember the frustrating times withhold, bulky video cassettes that needed to be dusted and still would not work even then? The DVD took away all our troubles and gave us hours of enjoyment. A decade or so after the first DVD was released; we now have HD DVD and the Blu-Ray disc. The Blu-Ray is especially popular for making films and for other multi-media purposes because it stores up to 9 hours of content in HD or almost a day’s worth of standard video. The blue laser used in this kind of disc allows better density and more information storage. Let’s take a look at how to convert Blu-Ray videos to a format that is compatible with the iPad:

The viewing experience on a Blu-Ray is of superior quality and is compatible with most devices. For instance, the iPad is perfect for watching movies with its large screen resolution, great color permeation, and more than 3 million pixels. Sadly, the only way Blu-Ray works on it is by converting it to a different format.

This is because there is not enough room to save the large sizes that the Blu-Ray offers. You can do a few things to ensure your videos play on the iPad too.

One solution is to get Blu-Ray on your computer and then stream videos to your iPad, using hardware that supports the Blu-Ray technology. You will also require the decrypting and streaming software for this to work.

Converters Come to Your Rescue

An alternative to this is the ‘Xilisoft Blu-Ray to iPad Converter’. With the converter, you can change movies and music to videos that run on your iPad. So what you’re looking at is converting M2TS to H.264, MPEG-4, in the case of video form and AAC and MP3 for that of audio form. The advantage is super speeds and crystal clear quality. You can use the converter to watch movies, do cool things like crop, merge, clip movies and apply all kinds of special effects on the films you are watching. Talk about customization!

Another piece of software you might like to use to convert Blu-Ray to iPad is the Holeesoft Ripper. You can personalize the video frames, and audio options and even choose subtitles. You can decide on bitrates and frame rates and also decide on channels and volume outputs and you have an option of converting more than one file at one go.

Use the ImToo Blu-Ray to iPad Converter for some amazing results. You can send your own image and labels and all the other things that make for a great experience. Super speeds and 2X ripping is aided by some nifty multi-core processing and software that decodes and simplifies.

What’s exciting about this is the AMD App that makes for much faster speed, as is the NVIDIA CUDA that converts at lightning swiftness. You might also like the tool that clips and makes better videos by removing all those portions that you don’t especially want to watch. So do away with superfluous songs and long-drawn sequences and enjoy pure entertainment.

There is better compatibility in the discs too and you can run the conversion while you are doing your other work. What’s more, once the conversion is done, the program exits itself. You have a choice of using all the features in many languages including Chinese, Spanish, and German!

Go ahead, use these tools and you’ll never be stuck for fun again!