Here’s Everything You Need to Know About iPhone 5S

Apple this Tuesday launched the very next generation of its flagship smartphone, iPhone 5S. The launch was accompanied by the long-rumored low-cost iPhone 5C too. iPhone 5S set the stage with glow through its all-new ‘golden’ body. The launch was expected, but not informed in advance as a result of which the charm remained throughout the event. Here’s everything you need to know about iPhone 5S:

With a variety of body colors including gold, silver and slate gray, the most attractive and innovative addition to the brand new iPhone 5S is the all-new fingerprint sensor, known as Touch ID. It is built on the home button of the phone and authenticates the identity of the iPhone user while unlocking the phone (it optionally allows users to retire the lock screen passcode system that has been in use since ages) or purchasing an app on the iTunes.

The Touch ID is a game-changing feature that has great security potential, in the long run, imagine a future banking app confirming your fingerprints apart from asking your passcode, NSA accessing the fingerprints of all iPhone owners (if you know what I mean), etc. Touch ID is also very useful for general privacy-related issues in today’s super spying era where your friends and even parents seek for ways to monitor your smartphone.

iPhone 5S features the same 4-inch retina display as its predecessor, the iPhone 5.

iPhone 5S’s body is made up of aluminum and it is powered with an A7 processor, a newly emerged 1 billion transistors chip with 64-bit architecture that has never been featured in any smartphone yet. It is twice as fast when compared to iPhone 5 and runs OpenGL ES 3.0 which can produce stunning visuals comparable to console and pc gaming.

iPhone 5S features an improved dual-LED flash camera that offers better image quality and 1/3 better light sensitivity thanks to its larger aperture (f/2.2) and a 15% bigger image sensor. The number of pixels in the iPhone 5S camera, however, remains the same, which is 8MP. 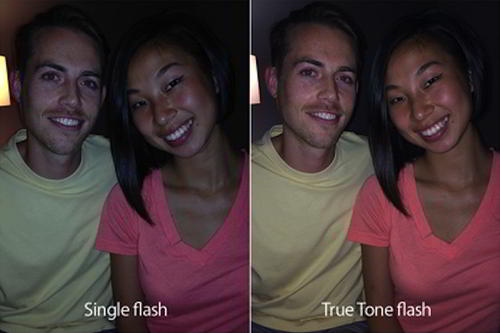 The most exciting feature that iPhone 5S offers is the 720p video recording at 120fps. It also allows auto-focus, 28MP panorama creation and taking multiple pictures in ‘burst mode’.

iPhone 5S also features a co-processor called M7 that takes the load off of the main A7 chip that improves both the battery life and overall CPU consumption of the smartphone. M7 dedicatedly measures motion data from the accelerometer, compass, sensors, and gyroscope (for fitness apps) which improves the computing performance of A7 chip as it doesn’t have to process any motion data being processed by M7 processor.

M7 co-processor also allows iPhone 5S to capture many different types of motion that were impossible to be detected by earlier iDevices.

The next-generation iOS packed with around 200 new features will release on 18th September, a couple of days earlier than iPhone 5S.

iPhone 5S will officially hit the shelves on 20th September. There are no surprises regarding the cost of the iPhone 5S as its comparable to the launch price of its predecessor. The carrier-locked 16GB, 32GB and 64GB models will cost around $199, $299 and $399 respectively. The carrier unlocked 16GB version will cost $650.