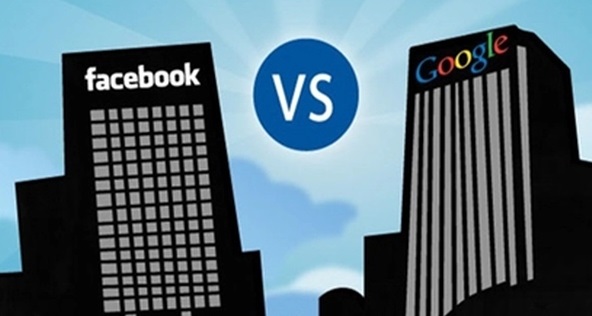 Google and Facebook have become prime internet destinations for most of the web users as a result of which both the companies are now active competitors for each other giving rise to a Facebook vs Google atmosphere (which luckily hasn’t turned ugly yet). These companies are not regular technological companies, they have changed the way how people interact over the internet. Both the companies had a modest beginning, Google was founded by Larry Page and Sergey Brin in the year 1966 and Facebook was established by Mark Zuckerberg in 2004. At present, both these companies are headquartered in California and they have hired few most talented and skillful employees in the IT industry. Let’s take a look at the Facebook vs Google hierarchical structure in detail:

On the other hand, Facebook is a privately owned social media networking website with a huge user base. Users can send messages to friends on their list, add new friends, update profile information and update status to notify their friends. Thousands of Facebook applications allow users to share information, play games and socialize within Facebook.

These two top companies over the internet are competing with each other to grab the throne of the web market. Facebook with over 1 billion users is now the world’s most popular social media site and last year released its IPO (Initial public offering) for the first time. Google with over 153 million unique visitors occupies the top spot.

In the coming years, there is a huge need for making creative innovations in the digital advertising industry and recently Facebook has come up with a new way to advertise the brand on the main page which includes a video and pictures related to the brand.

Facebook with its brand value has different advertising potential when compared to Google. Most of the advertising companies and brands are perplexed as to choose the best one among two for advertising and publicizing their product.

Both Google and Facebook share the same popularity when it comes to the number of video viewers. But, Google on acquiring the video-sharing site, ‘YouTube’ stands first on the chart and Facebook is ranked 2nd which has dominated and suppressed Yahoo.

It’s a well-known fact that both Google and Facebook often filter candidates to hire individuals of similar skill sets. If a job aspirant is looking out for a job in these leading tech companies, it will be difficult for him to choose anyone based on factors like company culture and compensation paid to employees.

The topmost hierarchical levels of the company will always push themselves to hire people from top competitors in the business which provides an additional edge to the company as these individuals share information about the future plan of their last worked company.

Here is a brief list of various professionals from different departments associated with these successful internet companies.

Check out this cool infographic embedded below for a brief overview of Facebook vs Google hierarchical structure: