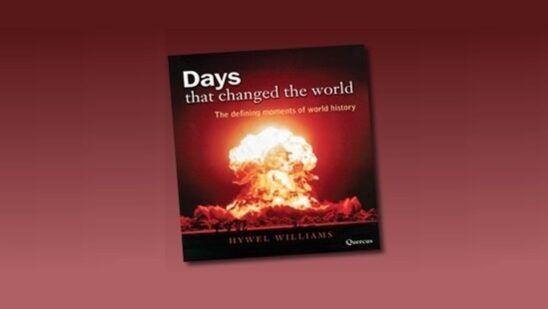 Some wise souls observed that the stock market does not reflect what is happening in the economy. It reflects what people think about what is happening in the economy. The decade (2000-2009) is shaped extensively not by what happened during within it but by the particularly long-lasting resonation of those events. Here is an overview of the days that changed the world during 2000-2009:

The War On Terror

The most shocking event was in the US with the group of 2001 terrorist attacks that came to be known simply as 9/11. Destruction of the World Trade Center towers and related further attacks led directly to the equation of terrorism with instability and radicalism amongst minorities in the middle east.

Subsequent war-related events included the execution of Iraqi dictator Saddam Hussein in 2006 and the disclosure of American maltreatment of prisoners of war at Abu Ghraib prison in 2008. Terrorist attacks marked Madrid in 2004, London in 2005, Islamabad in 2008, and Mumbai in 2008, resulting in chaos, injury, and deaths along with public fear. A second US war and an investigation of overall enemy prisoner treatment are some of the issues persisting unresolved during the still ongoing conflict.

Less noticed but equally devastating were wars in Darfur (2003-2008), with an estimated loss of life of 400,000, and complete governmental collapse in Somalia (2006-2009), where ongoing conflict has resulted in an estimated displacement of 1.9 million people, plus uncountable deaths.

Natural disasters impacted on the US, the entire Gulf of Mexico, and South Asia throughout the decade. The effects on social and physical infrastructure are still evident.

In 2004 a 9.3 Richter scale earthquake in the Indian Ocean precipitated a tsunami that devastated India, Indonesia, and Sri Lanka, along with a dozen neighboring countries. Deaths were estimated at around 230,000 people.

Deaths were far fewer but property damage was more substantial in 2005 when land areas bordering the Gulf of Mexico were severely battered by a sequence of strong hurricanes, each of which substantially destroyed attempted recovery from previous damage. The first of these Category 4 or 5 storms, Katrina, is the best remembered because of poor prediction, preparation, and evacuation for the devastation of New Orleans.

The disaster was compounded after the week of Katrina (Aug. 25-30) by the appearance of Rita at the end of the first week in September, then the devastation of Wilma in mid-October. Damage throughout the entire Gulf of Mexico included Mexican resorts, American coastal communities, off-shore oil drilling, regional fishing industries, wildlife reserves, and incalculable human damage and dislocation.

The consequences of water damage, oil spills, and property destruction are still issues to be dealt with.

The most long-lasting disaster of the early 21st century also had its origins in the Western Hemisphere but spread rapidly throughout the world, changing relationships between developed and developing countries permanently. Several decades of increasingly shoddy financial practices culminated in 2008 in the US Federal government’s bailout of major American banks to prevent the collapse of the economy.

Precipitated by a sequence of bankruptcies beginning with General Motors, Lehman Brothers, and Washington Mutual, the biggest bank in the US, the bailout partially addressed issues that had their origins beginning in the 1980s.

Economic globalization, enabled by currency unification, electronic communication, and rapid modernization in developing countries, meant that the crisis identified in the US resonated and rebounded quickly throughout the world economy. Spain, Portugal, and Greece have all faced the specter of total collapse.

The wholesale shift of jobs from developed to developing economies and the overburdening of social-assistance programs in developed nations have all contributed to economic realignments and realities that will define decades beyond.