Home » Softwares » Could this be the End of all Famous Computer Viruses?

Could This Be The End Of All Famous Computer Viruses? 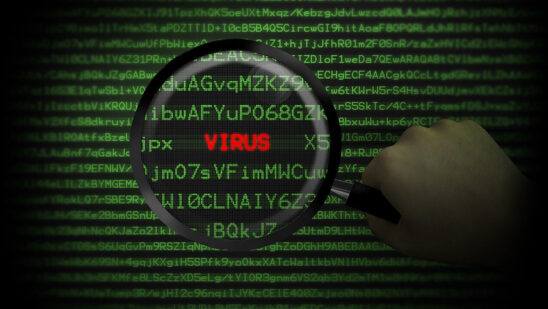 Viruses and malware have always been an issue for computers. They can compromise business and personal data which can cause a lot of financial or personal loss. However, there may be a new solution to the issue. Bromium is a new business that has developed software that could result in the end of all famous computer viruses and malware for good. The software that has been developed is called vSentry.

The vSentry software gives users a disposable virtual computer for every task that is undertaken on a Windows PC. This virtual computer will act as a barrier between the computer system and the virus. The virus or malware essentially attacks the barrier instead of the PC and when the file is closed the virtual computer also closes, which automatically erases the virus.

The software works so fast that it doesn’t slow down computers at all; in fact, users wouldn’t even know that it’d been installed in the first place.

Why Protection is Needed

It’s important for individuals and businesses to have security systems installed on their computers. Viruses and malware can penetrate PC infrastructure and can allow hackers to steal data, such as bank details and personal information.

Furthermore, they are constantly changing and adapting to the current security industry. These changes happen much faster than the advancements in PC security, which means that even if people make sure that they have the latest software installed on their PCs, they could still run into problems.

Problems with Software of Today


One of the main issues with the current virus and malware checkers is that they will only detect the problem once it has harmed the PC. These detection-based systems will often find and solve the problem far too late, which can result in stolen documents and information that could cause serious damage.

Another major issue that people find today is that most of the security problems come from the internet. The world is becoming increasingly internet-dependent with the likes of social networking websites. This means that security systems have to find new ways of protecting computers from the exchange of information over the web.

People who develop computer viruses and malware will often target their victims by using email and internet applications. Many hackers are able to disguise their malware and viruses in order to bypass the security systems that are currently in place. This will allow them to access confidential information.

Security of the Future

Currently, security software relies only on the detection of viruses and malware after they have found their way onto a computer. Bromium software will be able to prevent the threats from taking hold in the first place. vSentry takes a very different approach to most security systems by using the virtual computer method, which will be able to isolate and discard threats, even if they are undetectable. The users on the computer won’t even know these processes are taking place.

Bromium has developed the vSentry software to run on Windows 7 computers. In the future, they expect to make great strides within the PC security arena that will be able to benefit everybody who uses advanced computer systems. This could save people a huge amount of time, money, and hassle with problems associated with various famous computer viruses.