Could 3D Technology Be Doing More Harm Than Good? 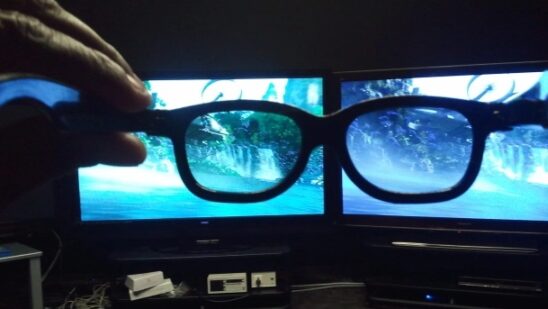 It’s become difficult to avoid 3D technology in cinemas, on smartphones, and now, even on our home television screens. What was once the futuristic technique used to create a unique and stimulating visual experience has now become an accessible format for gadgets and cinema. It is now possible to view 3D images on smartphones, iPads, billboards, and even televisions with the use of 3D glasses. However, could 3D technology be doing more harm than good?

A 3D image makes use of a technique called ‘vergence-accommodation’ which describes the process of interpreting a 3D object. For example, when we look at a chair, our eyes use ‘vergence’ to center the chair in the light-sensitive part of the eye called the retina. Next, each eye focuses the image of the chair into a single, distinct object (this is called accommodation). The problem with 3D technology is that our eyes must use their understanding of 3D objects to adjust to an image attempting to create a 3D representation.

A computer or cinema has a flat screen, meaning it naturally presents a 2D image with the depths recreated to resemble a 3D image. This means that it is missing much of the information which is needed to accurately present us with a 3D structure. When our eyes attempt to process this incomplete information, we can suffer from eye strain and fatigue.

When we watch a 3D film, vergence and accommodation take place at different distances because the eyes accommodate at the distance of the film’s physical screen and the vergence takes place at the distance at which the 3D image is projected which may be right in front of the eyes. The difficulty the eyes face in adjusting to these conflicting distances causes eye strain. Many people have reported problems such as headaches, nausea, and vision problems.

The difficulty with 3D technology is that it is more demanding on our eyesight because our eyes need to adjust to the new distance of the content and focus on the screen, whether that be a still image or a moving film.

What Does the Future Hold for 3D?

However, it is hoped that advancements in 3D technology will reduce the conflict between vergence and accommodation. Blockbuster hit Avatar is often referred to for its revolutionary take on 3D technology. The director deliberately focused the viewers’ attention on an object at the exact distance of the physical screen, rather than behind or in front of it. This made for a more comfortable viewing experience, whilst maintaining the visual splendor of 3D.

The future of 3D television is less certain. Whilst cinema seats are a reasonable distance from the screen, we sit much closer to television screens and smartphones which may result in increased eye strain and fatigue.

In the meantime, for those of us who simply can’t wait to indulge in the new technology but struggle with the problems of eyestrain, one useful piece of advice would be to take short, regular breaks from looking at the screen; perhaps a tea break during a television program. Also, try moving your screen to a different area of the room to avoid sitting too close to the screen.