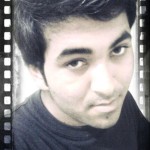 OS X 10.8 Mountain Lion is the latest OS released by Apple on Wednesday. It has already been downloaded more than 3 Million times within just four days of its release, a record number for any of the OS X release yet, making the Mountain Lion the greatest OS X release of all time. Apple’s senior vice president… Read More »

London 2012 Summer Olympics has officially started with lots of different events currently being held. It is too hard for someone to follow each and every event, but we have made the process relatively easier for you if you own an iPhone or an iPad. We have compiled some of the finest applications out there that allow you to follow updates on all Olympics events… Read More »

According to reports, Samsung sold a record number of smartphones in the 2nd Quarter (Q2) of 2012. Customers purchased more than 50.5 million Samsung smartphones in just three months. This record number also took Apple’s crown as The King of Smartphone Market. Industry analysts are wondering about this much increase in the sale of Samsung… Read More »

Is Windows 8 Metro a better replacement to Start Menu button? Every product launched has to face criticism because no product is perfect when it comes out of the box, so is the case with Windows 8. But many opinions and criticism about Windows 8 are based on misconceptions, especially when we talk about the… Read More »

Jelly Bean 4.1 is the latest update to the Android Operating System. Google announced it some days ago with the release of Nexus 7, which came out of the box running with the Jelly Bean. Jelly Bean has nothing much different from Ice Cream Sandwich in appearance but it fixes many of the lagging features… Read More »

Microsoft on Wednesday has confirmed that Windows 8 will be released to the public on 26th October 2012. This announcement was made during Microsoft’s annual sales meeting by Steven Sinofsky, the President of Microsoft’s Windows division. The firm explained the importance of this release as it is the most important redesign of the interface in… Read More »