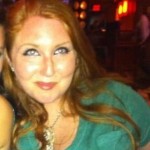 All Posts by Felicia Baratz-Savage

Everything You Need To Know About vCloud API

VMware has been a leader in software and hardware virtualization since the mid-to-late 90s. As virtualization technology merged with the cloud, the fact that VMware became a key IaaS (Infrastructure as a Service) and PaaS (Platform as a service) provider is no surprise to anyone paying attention to the industry. VMware’s vCloud platform was recentlyâ€¦ Read More »

The Future of Virtualization: The Beauty of VMware

It’s true that virtual machines (VMs) aren’t what they used to be, but that may be a good thing. Back in the days of desktop virtualization, VM users would be forced to use two separate partitions to run two separate operating systems side-by-side. This would require unnecessarily demanding computing resources. For instance, if you wereâ€¦ Read More »

Popular things are the things that get used the most. This holds true for many things, and lately, it’s very applicable to cloud computing. With continued advancements in the cloud and its connections to many online companies, what a non-IT person and what an IT professional can use it for is nothing short of amazing.â€¦ Read More »