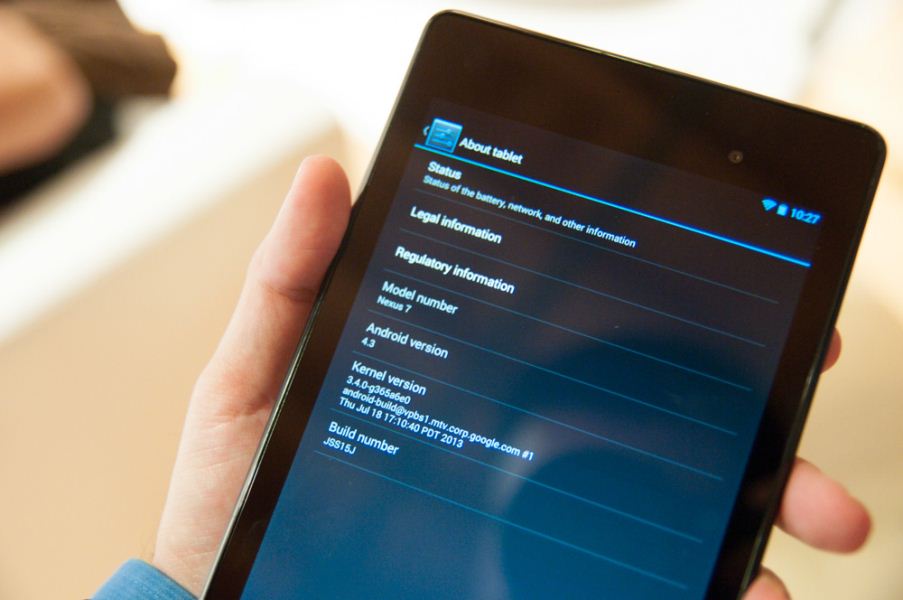 Even though the pace of Android updates from Google has slowed down in recent times, but that hasn’t made them any less interesting. In recent months many leaks have been pointing out to the fact that the next Android update was up on the horizon. Google finally officially unveiled the new Android 4.3 Jelly Bean at its press event in San Francisco a couple of days back. The new update is bringing a number of fresh features and as expected, the first device to receive the Android 4.3 Jelly Bean would be Google Nexus 7 tablet, shipping soon. Apart from shipping with the tablet, the update will be available for Nexus 4, Nexus 10 and Galaxy Nexus. The main features of the new update are restricted profiles, many new APIs to be used by developers, support for Bluetooth 4.0 low energy and OpenGL ES 3.0 support. When compared with Android 4.2, it is not a major improvement in terms of features that can be utilized by the end-users themselves. As a matter of fact, it would be quite difficult to actually tell them apart unless you go into the settings and view the Android version.

This seems like a pretty good feature, especially if the device is shared by family members. Parents can define profiles and restrict access to certain apps for their profiles. Another scenario can be if a friend borrows your smartphone and you don’t want them peeking in your personal data, you can put it in guest mode.

Support for low energy is great news for users who need to stay connected to devices like Pebble Watch all day long and not having to waste half of their battery time on the Bluetooth.

This feature may not be of much importance to an ordinary Android user, but for dedicated gamers who use their devices for gaming, this is great news. OpenGL allows developers to add detailed graphics to the games. So any Android gamer out here should feel pretty excited about this feature.

Since we are talking about what normal people use on their mobile/tablet devices, why not mention movies? Android 4.3 update adds the feature of streaming in full HD (1080p) from Netflix. If nothing else at all, this update should get the non-Nexus 7 owners jealous pretty soon.

It is reported that the new update will make the operated devices much faster due to some backend tweaks performed in the system. Although this isn’t tested as of yet, more news will be provided once the update starts rolling out on all devices.

If you were planning on buying a Nexus, now there is one more solid reason to do so. It isn’t announced when the update will be available for all devices, but we can expect some official word soon.