Home » Sports » 5 Most Grueling Races in the World

5 Most Grueling Races In The World

The MdS is known as the most difficult endurance footrace on Earth and crosses the Sahara desert in Morocco.  It normally takes place at the end of April and covers 243km (151 miles) over 6 grueling days. The race is equivalent to six regular marathons on consecutive days and the strict rules make the race even tougher.

Competitors are required to carry a pack with all their personal belongings and food.  The longest stage is 56 miles. However, it can’t be that bad. 30% of competitors come back again the next year, after all! 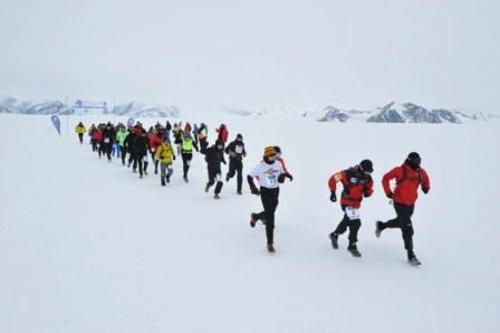 Literally the coolest marathon on the planet.  A genuine 26.2-mile marathon but at the top of the world.  This is really not a race for shorts and t-shirts, as competitors need to brave sub-zero temperatures on one of the most remote parts of the planet.

This race also has a team dimension with the cumulative time of the first three team members going towards the team challenge positions. It’s also one of the most expensive around roughly €12,000. This marathon is tough, especially if you don’t like steps. There are 5164 to carry your body up and down over a marathon distance on what must be one of the world’s most iconic man-made structures. Last year’s winners were Yanqiao Yun of China in the men’s race with a time of 3:18:48 and Mari Kauri of Finland with a finish time of 4:11:19.

This race is well organized with regular drink and banana stops, medical teams, and officials along the route. Heat can be a problem, so runners start early, but baseball caps and sunscreen are recommended.

This is the highest marathon in the world.  The start is a breathtaking 5184 meters in Gorak Shep near the Everest base camp in Nepal. The finish is a 26.2-mile run over rough terrain and rocky mountain trails away in Namche Bazaar at 3446m which is 11,300 feet.

Due to the need to acclimatize there is a 26-day holiday in Nepal before the big race. Don’t relax too much though – the race is generally downhill but there are two tough uphill sections and there can be areas of snow and ice to overcome.

So why is the Savageman triathlon in Garret County, Maryland, USA tougher than any other tri?  Well, it has the steepest climb in road triathlon, known as the Westernport Wall.

The average grade on the poor-quality road of 25% and a maximum pitch of 31% makes it ludicrously tough.  When you have finished the 1.2-mile open water swim, while wearing skin-tight outdoor clothing, you then have to conquer a 55.7-mile bike ride and then finish off with a 13.1-mile run. That’s pretty much all there is to say!

Are these most grueling races in the world tough enough?  Have you raced in a tougher race? Did you ever recover? If so, let us know!