Home » Interesting » 5 Business Lessons We Can Learn From Bill Gates

5 Business Lessons We Can Learn From Bill Gates 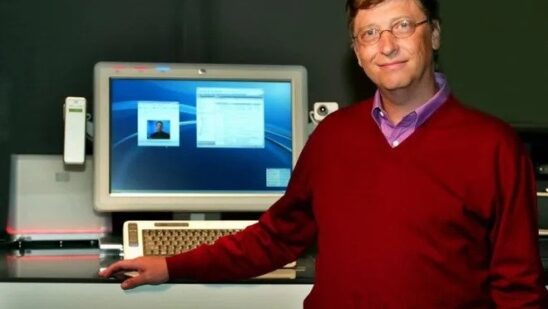 Without a doubt, Bill Gates is one of the most celebrated innovators, businessmen, and philanthropists in the world. His work has improved the lives of millions of people. He is a figure one can learn from and would want to emulate. Here are some business lessons we can learn from Bill Gates:

In 2008, Bill Gates stepped down from Microsoft to pursue his philanthropic work full-time. He pursues many directions in making life better for those in third world countries, as well as here at home. In Africa and India, He works to bring vaccines to the children in these countries, and he strives to reduce the imprint of Aids in these societies.

At home, he is heavily invested in improving education and making a necessary college education more accessible and economical using the Web. He has joined forces with Warren Buffett on The Giving Pledge, getting billionaires to contribute half their money to charities and philanthropy.

4. Learn From Failures and Unhappy Customers

Bill Gates – “Success is a lousy teacher. It seduces smart people into thinking they can’t lose.”

There is always more than one way to do things. Just because something worked in the past does not mean it will work today. Your approach to business must be fluid and open to change and innovation.

Microsoft decimated IBM’s position in the marketplace because IBM had grown arrogant. Microsoft grew arrogant and faced anti-trust hearings. You can still make the mistake even when you know better.

3. Invest In Your Talent Pool

Bill Gates – “If you give people tools, and they use their natural ability and their curiosity, they will develop things in ways that surprise you very much beyond what you might have expected.”

Gates believed you surround yourself with the best employees/colleagues and you will be better. Do not be a loner. The exchange of ideas is better in a diverse atmosphere. Hire people who aren’t like you.

A successful team is not about liking the people around you, it is about complementing the skill sets that surround you. Invest in making your employees happy. He took the IT geek out of the dark corner recesses of the workplace and gave them an office.

Bill Gates – “Your most unhappy customers are your greatest source of learning.”

You do not have to be first to be successful. You have to be the best answer to a perceived problem. His innovations in computing have led the way to his innovations in philanthropy. Gates is harnessing the power of the internet and money to evoke change in education and healthcare on a worldwide scale.

What he did for computing, he is doing for societal problems through his foundation, tackling such problems as accessibility in education today.

1. Change the World or Go Home

Make your own path to success. Have a great vision and dare to pursue it. Think on a grand scale. Be smarter than other people. Gates saw opportunities others missed. He rebranded many products and made those rebranded products his. Gates bought the rights to QDOS for $56,000 (It was a clone of another operating system) Gates renamed the system PC-DOS for PC Disk Operating System and sold it to IBM.

When PC clones started to crop up, Gates re-branded the system again and called it MS-DOS for Microsoft Disk Operating System, and the legend was born. He changed the lives of the world with his contributions to computing and the internet, and now has set about ending polio, malaria, and tropical diseases, and creating gene-enhanced rice that is resistant to flooding through his work with his foundation.