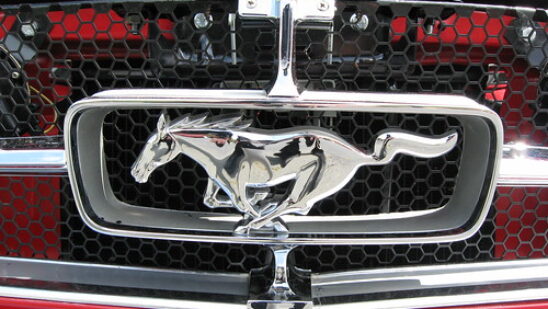 In the United States, one of the hallmarks of success is a great car to complement a nice house, fancy clothes, and a never-say-die attitude. With that in mind, what follows is a list of four of the most sought-after performance cars approved for the American highway. These easily customized American performance cars vary in price and performance metrics, but they’re all guaranteed to knock your socks off with their breathtaking zip and killer style:

Popular during the muscle-car era, the Challenger is back in full force for the new model year in a considerably more fuel-efficient package. The Challenger is more powerful than the Mustang or Camaro, but its cornering ability is significantly hampered by a higher curb weight.

This precision sports car is light on its feet and eminently responsive. It comes standard with rear-wheel drive and a supple suspension that enables it to handle rough roads at high speeds.

Available in V8 and V12 engine configurations, it’s also one of the most powerful cars on the road. If you want to customize this baby, start with a larger air intake system and consider a custom fuel injection system to boost performance.

The Camaro was always a competitor of the Mustang, but today it’s market appeal is slightly different. The vehicle also boasts a six-speed manual transmission and a sky-high horsepower rating, but its standard rear-wheel drive and wide wheelbase make it less of an all-weather car than its competitor.

The flip side is that it’s one of the most affordable racing vehicles out there. An added bonus is the ease with which its engine can be customized: chrome fluid caps and aggressive-sounding exhaust outlets are especially popular on this model.

Completely redesigned and largely unrecognizable from the original model, the Mustang packs a serious punch with a horsepower rating of over 300 and a six-speed manual transmission with silky-smooth gear changes that make it a perennial favorite among car enthusiasts.

Once you drive your new super-car off the lot, there’s one more thing you need to do before you can officially call it your own: Get your hands on a custom-made license plate at your local motor vehicle bureau. These typically cost between $50 and $100 and allow up to 10 characters, depending on the state. Most states also have custom plates that donate their fees to specific causes, like habitat preservation and veteran support. You can also pick up custom plate holders online for as little as $10 or $15. If your state doesn’t require an official front plate, you can find custom front plates with special graphics at many of the same sites.

The performance car is back in style, and so is the can-do culture of customization that accompanied it back in the day. No matter what your price range, you can find an impressive, easily-customized vehicle guaranteed to turn heads and start conversations. Start looking today and make the most of your hard-earned money.