30 Best Superhero Movies of All Time

Superhero movies are absolutely thrilling to watch. The decades of character building and plot construction through comic books already give a perfect platform for directors and actors to work on but it is sometimes very hard to impress huge fan bases. Today, we will take a look at the top 30 best superhero movies of all time:

Green Lantern/Hal Jordan is played by Ryan Reynolds in a battle against the planet-consuming evil known as Parallax.

Much like most superhero movies, it is based on a comic book of a similar name written by Michael Green and Marc Guggenheim. Director Martin Campbell doesn’t disappoint with his film adaptation of this superhero.

A reckless superhero, John Hancock (Will Smith), faces jail time for the damage he has done to the city in recent years while carrying out his superhero duties.

It’s an entertaining film about a superhero doing his best to make people like him.

Stan Lee’s monster of a superhero, HULK, was brought to life by director Ang Lee in 2003. Eric Bana plays the gamma radiated scientist, Bruce Banner, who turns into a giant, green-skinned beast when made angry.

The movie tells the story of Bruce Banner and his origins as a superhero. 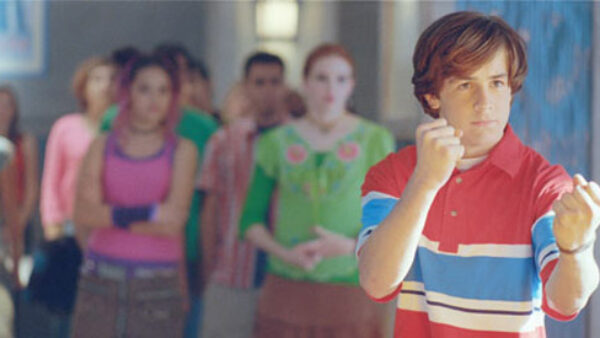 The son of two famous superheroes, Will Stronghold (Michael Angarano), joins Sky High (a school for young superheroes) and yet has to develop his powers.

This teenage-superhero movie is fun to watch with its comedy and plenty of interesting young superheroes. This vampire killing machine single-handedly cuts down gangs of vampires in the dead of night when mankind is at its most vulnerable and the blood-sucking demons are at their most powerful.

Cliff Secord (Billy Campbell), a stunt pilot, accidentally finds a jet-pack that helps him become a high-flying superhero. With his stunt pilot skills and a top-secret jetpack, The Rocketeer is full of action and drama.

Thor (Chris Hemsworth) fights alongside his evil, adopted brother, Loki (Tom Hiddleston), to defend against the Dark Elves and save his love, Jane Foster (Natalie Portman).

The casting has been perfect since the first movie with Chris and Tom, and it is a delight to watch them together again in this epic installment.

The famous standup comedian and actor, Jim Carrey, plays the role of a shy bank clerk, Stanley Ipkiss. Stanley finds the mask of Loki which turns him into a psycho-maniac superhero (the Mask) every time he puts it on.

Jim Carrey was nominated for the Golden Globe for his performance.

The film adaptation of the very famous American DC comic book superhero of the same name, Superman Returns is a 2006 movie that stars Brandon Routh as Clark Kent/Superman and Kevin Spacey as his arch-rival Lex Luthor.

The movie was nominated for an Academy Award and grossed over $390 million worldwide.

It’s a comedy superhero movie that takes Arthur/Defendor (Woody Harrelson)  into finding his arch-rival, Captain Industry, who doesn’t exist but actually is mistaken by Arthur for a real person when his grandmother says that his mother was killed by the ‘captains of industry’. The film chronicles the journey of one of the fiercest X-men, Logan/Wolverine (Hugh Jackman) who travels to Japan to meet a Japanese officer, Ichirō Yashida, whom he saved during the atomic bombing of Nagasaki. Little does he know about Yoshida’s plans for him.

In Philadelphia, an ordinary man by the name of David Dunn (Bruce Willis) has survived many accidents without knowing it was because of his powers he got through each one of them and not just some coincidence.

Rorschach (Jackie Earle Haley) re-unites this team of superheroes with his barbaric murder and triggers an investigation that will lead the Watchmen into even more danger.

It was directed by Zack Snyder (Famous for 300) hence the breathtaking visual effects. Darkman is a classic superhero story about revenge. Peyton Westlake (Liam Neeson), a pioneer in synthetic skin production, is burned to the bone by a bunch of gangsters.

Fortunately, he survives the deadly attack and uses his new technology to disguise himself as anyone and beat his enemies.

This is a dark tale in the world of superheroes where Eric Draven (Brandon Lee) is brought back from the dead by a crow one year after he and his fiance were ruthlessly murdered by Top Dollar (Michael Wincott) and his men.

The crow also gives Eric new superhuman powers to help him take revenge from the murderers.

Hiro Hamada upgrades his late brother’s healthcare robot invention, Baymax, to fight against a masked villain who has stolen his microbots (Hiro’s own robotic invention).

This animated movie has loads of robotic cuteness (Baymax).

Paul Rudd plays Marvel’s Scott Lang/Ant-Man who with the help of a highly advanced suit can shrink in size and gain super strength.

Scott now must train with the suit’s creator, Dr. Hank Pymm (Michael Douglas), and don’t let it fall into the wrong hands.

A wanna-be superhero, Dave Lizewski (Aaron Taylor-Johnson), with barely any set of skills, gets mugged, stabbed, and ran-over at a parking lot on his first day out as a costumed vigilante.

This comedic and brutal event leads Dave into losing most of his pain receptors in his body, meaning he can barely feel any pain.

Another animated superhero movie on the list, Oscar-winning The Incredibles is about a family of superheroes who has retired after the two parents wanted to start a family.

Bob Parr/Mr. Incredible (voiced Craig T. Nelson) is bored by the non-superhero life he is living and so tries to get back into action without letting his family know. 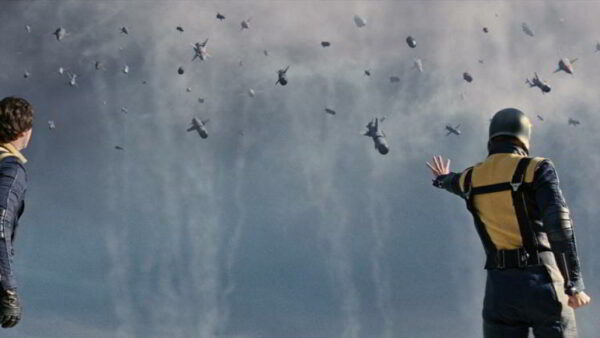 A prequel to the X-Men trilogy, X-Men: First Class explores the origins of the X-men. The movie has many of the classic mutant superheroes and super-villains such as Magneto (Michael Fassbender), Dr. Charles Xavier (James McAvoy), Mystique (Jennifer Lawrence), Beast (Nicholas Hoult), and Azazel (Jason Flemyng). Hellboy II brings the unlikely, demon hero to the silver screen once again. Red/Hellboy is played by Ron Perlman who must stop Prince Nuada (Luke Goss) from unleashing a long-forgotten army of killing machines.

Three high school friends from Seattle find a comet in the woods that gives them superpowers. It’s one of the more interesting movies on the list as it is filmed using the found footage concept.

As soon as one of his closest allies Nick Fury (Samuel L. Jackson) gets killed by a new villain in its latest iteration released back in 2014.

HULK (Mark Ruffalo), Iron Man (Robert Downey Jr.), Captain America (Chris Evans), Thor (Chris Hemsworth), Hawkeye (Jeremy Renner), and Black Widow (Scarlett Johansson). All of our favorite Marvel superheroes come together to give us one of the most exciting, epic, and long-awaited superhero movies out there.

A little brother to Marvel’s The Avengers, Guardians of the Galaxy brings together 5 criminals-turned-saviors of the universe Groot (Vin Diesel), Rocket (Bradley Cooper), Drax (Dave Bautista), Gamaro (Zoe Saldana), and Starlord/Peter Quill (Chris Pratt) from different planets of the universe in an intergalactic warfare against Ronan (Lee Pace).

The film perfectly tells the story of how the Kryptonian (Superman) came to Earth from Krypton and how he is living life on his adopted planet. After years of Batman movies that left fans confused with whether to like the movie or not, Christopher Nolan finally plays the right notes with Batman Begins that featured Christian Bale as Bruce Wayne and the newest Batman.

World-renowned weapons designer, Tony Stark (Robert Downey Jr) is held captive by terrorists who want him to design them the latest missiles. Instead, Tony decides to design a suit that will help him escape prison. After escaping, Tony Stark builds a much more advanced suit and becomes Iron-Man.

The first installment in the franchise was the very best in the entire series and has everything that you would expect from an action-packed entertaining superhero film.

Spidey comes back to Hollywood with yet another bang. Peter Parker (Tobey Maguire) puts on the spiderman suit to fight against a midlife crime-fighting crisis and Dr. Octavius (Alfred Molina) in Spider-Man 2.

The film, being the best in the entire spidey movie franchise, won over both the audiences and the critics alike and bagged an Oscar for ‘Best Visual Effects’.

Despite Batman Begins being already included in the list, we still went ahead with this one (given the fact that we usually try to include only the best entry from an entire film series) for obvious reasons.

The brilliance of Heath Ledger’s acting as Joker and Christopher Nolan’s perfect plot doesn’t only help win 2 Oscars but also puts this sequel of Batman Begins right on top of our best superhero movies list. The Dark Knight has everything a good superhero movie needs and is produced to perfection.

Did we miss any best superhero movies of all time that should have been listed? Share your views in the comments below!