Ireland has produced some of the finest names in poetry, novel writing, politics and acting over the years. How many prominent people of Irish descent do you know of? Here is a list of 17 famous people you never knew were Irish:

James Joyce was born near Clane, County Kildare. He was a famous poet and novelist, who is considered to be one of the most influential writers of the 20th century. He was best known for his works; Dubliners, and Ulysses.

He is also popular for his novels, Portrait of the Artist as a Young man and Finnegan’s Wake.

Anglo-Irish satirist, pamphleteer and essayist, who is known for the famous novel Gulliver’s Travels was Irish by descent. He was less known for his poetry, however he was more popular for his novels other than Gulliver’s Travels including A Tale of a Tub, An Argument against Abolishing Christianity and The Battle of the Books – all of which were written in English.

Best known for his novel The Vicar of Wakefield and two of the best plays, She Stoops to Conquer and The Good-Natur’d Man, Oliver Goldsmith was an Anglo-Irish poet and writer.

Other than his writings, during the time when he was settled in London he also worked as an usher of school and as well as an assistant of apothecary.

Famous for his novel The Picture of Dorain Gray and his famous play Salome and The Importance of Being Earnest, Oscar Wilde was a well-known poet and writer. He was born to an Anglo-Irish parent in November 1900.

Before he became one of the most popular playwrights of London during the early 1890s, he used to write in different forms. Oscar is also remembered for his early death and for the unfortunate circumstances of his imprisonment. His work is available both in French and English. 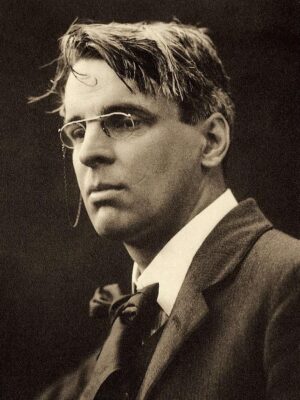 William Butler Yeats was the first-ever person having an Irish descent to receive a Nobel Prize in Literature. He was awarded the Nobel Prize in 1923. He contributed greatly to the Irish Literary Revival.

Along with his other works, William Butler Yeats is best known for The Winding Stair, and The Tower. He also served as an Irish Senator.

During the American Revolution, Charles Thomson emerged as a patriot and strong leader. Throughout the 15 years of its existence, he served as a secretary of the Continental Congress of America.

Born at the Ballynahinch Castle, County Galway, Richard Martin was one of the earliest animal rights activists and a politician. In order to prevent cruelty to animals he founded the Royal Society for the Prevention of Cruelty to Animals (RSPCA).

RSPCA is now one of the largest and oldest animal welfare organizations in the world today.

Born in the County Cork, Michael Collins is counted amongst the greatest revolutionary leaders in world history. He was the Director of Intelligence for the IRA, Chairman of the Provisional Government, Minister of Finance, and the Commander in Chief of the National Army.

Collins was killed during the Irish Civil War in August 1922.

Daniel was best known for his contribution to the rights of Catholics, he was born near Cahersiveen, County Kerry. He is usually referred to as The Emancipator and The Liberator.

He also campaigned for the rights of Catholics and made it to the Westminister Parliament. He also contributed to the abolishment of the Act of Union, which combined Ireland and Great Britain.